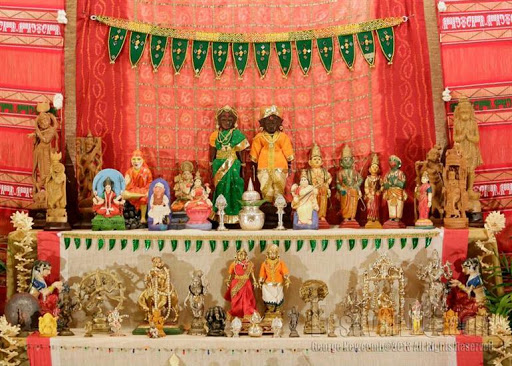 The flourishing city of Bangalore, now officially known as Bengaluru, is a place of vitality and growth, serving as an industrial powerhouse with a well-developed infrastructure. A number of factors contribute to Bangalore’s reputation as the “garden city” of India, including its pleasant climate year-round, extensive parks, and long tree-lined streets. There is also the opportunity to witness some of the original customs, backstreet markets, and interesting culture among the majestic structures and gorgeous gardens.

Festivals and fairs carry the traditional realm of Bangalore’s contemporary people forward. Despite being a city with a thriving IT industry and considerable modernization, it understands how to keep its traditions alive. If you want to experience Bangalore’s cultural life, plan a visit as per the festive calendar of the place and experience its true authenticity and enchanting vibes. However, make sure to complete the hotel booking activities online, in advance to avoid extra charges during festive seasons. Let’s get started with the Bangalore festivities that are worth experiencing.

Durga Puja, one of the most important Hindu festivals celebrated in Bangalore. It commemorates the triumph of good over evil, Goddess Durga’s victory over Mahishsura. Legend has it that this festival marks the birth of Maa Durga to put a stop to the eternal demon King Mahishsura’s terrible acts. She strives to kill the demon in different incarnations, which are all recorded as Mahalaya, Sashti, Saptami, Ashtami, and Navami.

When Goddess Durga triumphs on the final day, the people celebrate it in the form of Vijaya Dashmi and wish her farewell. The festival lasts four days and is held near the Kalaburagi River.

The Dussehra fiesta, like the Durga Puja festival, is held to celebrate the triumph of good over evil. The gala season, which lasts around 10 days, illuminates ten thousand light bulbs to commemorate the triumph of Hindu deity Rama over demon ruler Ravana. The city celebrates a grand event with particular symbols like bonfires and fireworks, as well as tika painted on the celebrants’ foreheads.

Other creative activities, like dance, music and art forms are also used to commemorate the triumph of good over evil. It takes place in the month of October and is widely celebrated throughout Bangalore.

This is one of the most interesting festivals, owing to the fact that celebrations are done for harvesting a crop. The groundnut festival in Bangalore, also known as Kadalekai Parishe, commemorates the harvest of the first groundnut crop. For the festival, several markets are organised where merchants offer toys, clay crafts, colourful bangles, and Mehendi. The Dodda Ganesha Temple hosts spectacular events that are intertwined with the people’s beliefs.

When ten thousand lamps are lit at the Bull Temple for the festivities, it is indeed a magnificent sight. It takes place in the Dodda Ganesha Temple every November. The festival is two days long.

Gowri Habba, which falls a day prior to Ganesh Chaturthi, is especially revered by married ladies. Women lovingly decorate their houses with idols of goddess Gowri, dressed in new clothing. They make honeyed dinners for their neighbours and share sweetness and delight with them.

To foster the festive atmosphere, temples are adorned with mango leaves and banana branches. Married women take an active role in the ceremonies, believing that goddess Gowri, Ganesha’s mother, will bestow courage and might on them. It generally takes place in August or September, and the celebrations continue for one day.

Another interesting festival celebrated in Bangalore is the Karaga festival dedicated to Goddess Shakti. During the nine-day festival, an elaborately painted clay pot is held on people’s heads with no support to summon Goddess Shakti. The event owes its origins to the Thilaga community of the Vanniyakula Kshatriyas in the southernmost part of Karnataka and is one of the greatest in Bangalore. It is usually held in the month of March or April at the Dharmarayaswamy Temple. The festivities continue for around ten days.

Habba, a popular event in Bangalore’s garden city, reflects the vibrant lifestyle of Bangaloreans. The feast is held in order to showcase India’s great creative potential. The Habba fair is enjoyed and loved via dynamic performances such as music and dance, fashion displays and theatre, khadi and craft exhibits, and various sports events like golf and cricket.

People from all around the world gets to enjoy a visual delight as well as delicious savouries with completely free tickets. The festival is primarily touted as an opportunity to display Bangalore residents’ ingenuity. It is a one-day festival that is usually celebrated at the end of the year.

Festivals like these are the places where Bangalore people discard their workaholic life and join the traditional bandwagon. It is also an enjoyable experience for the visitors too, as they get to witness the true vibe of the place.